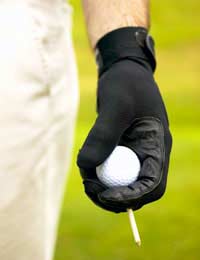 There are a number of systems by which the winner, or winners, of a game of golf can be determined. However, whichever way you play the numbers game, the inescapable fact is that ability and mental strength are the two elements that decide who emerges triumphant. What these scoring systems do achieve is to add variety to what is essentially a simple game.

The two most common forms of the game are strokeplay and matchplay. The former is the most common system used in professional tournaments and, as the name suggests, involves counting the total number of strokes taken by a player in completing one of more rounds of 18 holes. It is the net score minus the handicap that determines the winner.

By contrast, matchplay is scored on a hole by hole basis, the winner determined by who takes the least number of shots from the tee to the hole. If each player takes the same number of shots, the hole is said to be “halved”. The winner of the game is decided when one player holds a lead that is greater than the remaining holes to be played.

Wallasey golf club in Cheshire was the venue for the first use of the Stableford system, invented not surprisingly by club member Dr Frank Stableford. It involves awarding points depending on the score a player records on each individual hole in relation to the par. So, for example, if a player records a birdie (one-under), he receives three points. Making par earns a player two points, a bogey one point, and two or more over par means no points. Stableford’s aim was to retain the interest of players at the club who were constantly frustrated in their efforts to enjoy a meaningful game because of the strong winds experienced at the links course. The fact that he succeeded is reflected in the popularity of the Stableford system. The Wallasey club holds an annual competition in recognition of the good doctor’s efforts.

The Chapman, or Pinehurst

Another intriguing system is the Chapman, or Pinehurst. Each member of a two-person team tees off, then takes the second shot of their partner’s ball. The positions of the two balls are then assessed and the one with the best lie is chosen as the sole ball that will played by each team player in turn until it is holed out. The system takes its name from US amateur Dick Chapman, who invented it at the Pinehurst Resort in North Carolina. It is also sometimes referred to as American Foursomes.

Modified versions of both the Stableford and Chapman systems exist, along with other formats such as Better ball and Bogey, as well as the more exotically named Strings, Skins, and Scramble. Without doubt, they prove one thing: golfers can never be accused of lacking imagination.

Some golfers shy away from playing with partners simply because they don’t want to run the risk of letting down anyone else by playing badly. However, given the fun element that some scoring systems introduce into a round, there is no reason to think anyone will take the competition too seriously, leaving everyone nice and relaxed and able to give it their best shot. This, in turn, can build confidence and help players get to the next level.