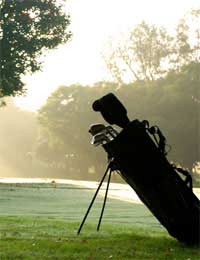 Mention of The Belfry has most golf fans thinking about the Ryder Cup. The venue, set in 550 acres of Warwickshire countryside, has hosted the prestigious biennial team event between Europe and the USA on four occasions and witnessed some of the most memorable moments in its history.

In 1985 at The Belfry, Scotland’s Sam Torrance secured Europe’s first Ryder Cup victory in 28 years by making an 18-foot birdie putt on the 18th hole. Four years later, the Ryder Cup ended in a draw for the only the second time in its history, and this despite USA captain Raymond Floyd introducing his team as "the 12 greatest players in the world".

The USA secured their only Ryder Cup victory at The Belfry in 1993, when a final day comeback was capped by 51-year-old Floyd, the oldest competitor in the event’s history, sinking three birdie putts on the back nine to defeat Spain’s Jose Maria Olazabal. The Ryder Cup returned to European hands in 2002, in a match delayed a year by the terrorist attacks of 11th September 2001. Torrance, the hero of 1985, captained the Europeans and watched Irishman Paul McGinley clinch the win by sinking an eight-foot par putt on the 18th hole.

Such moments have made The Belfry the spiritual home of the Ryder Cup and a Mecca for amateur players. The Belfry is the UK headquarters of the PGA too and does, in fact, boast three courses – The Brabazon, PGA National and The Derby – but The Brabazon, designed by Dave Thomas and Peter Alliss, is the one known to Ryder Cup supporters.

Perilous bunkers and lakes make The Brabazon a stern test for even the greatest players. The 17th and 18th holes provide one of the greatest finishes in world golf and are what make The Belfry such an ideal Ryder Cup location. At the par-five 17th, long-hitting players face a do-or-die tee shot over a dogleg if they want to reach the green in two, but the green is relatively flat and so eagle putts will have a chance.

At the long, par-four 18th, the tee-shot is over water and the percentage play is to aim at the fairway bunker with a draw. The further left the drive, the shorter the second shot, but this carries the risk of finding a watery grave. The approach shot can be up to five club lengths different and is into one of the world’s greatest greens, with three tiers sloping towards the water.

The short par-four 10th tempts players to go for the green, but with high trees guarding the right and water on the left, only a perfect fade will make it. The alternative is to play safe down the right hand side of the fairway to leave a short approach to the green. Another great hole is the par-three 12th, with water running up the right hand side of the green and no prizes for being short, while the par-five 3rd allows the longest hitters to drive up the left of the fairway to shorten the hole and put the green within reach in two.

Amateur players keen to test themselves on these famous holes can do so at a price. The summer season at The Belfry runs from 1st April until the end of October and in 2009 a round of golf on The Brabazon will cost £140 during the week. Weekend golf is only available to residents at the 324-room hotel, which offers views of the courses.